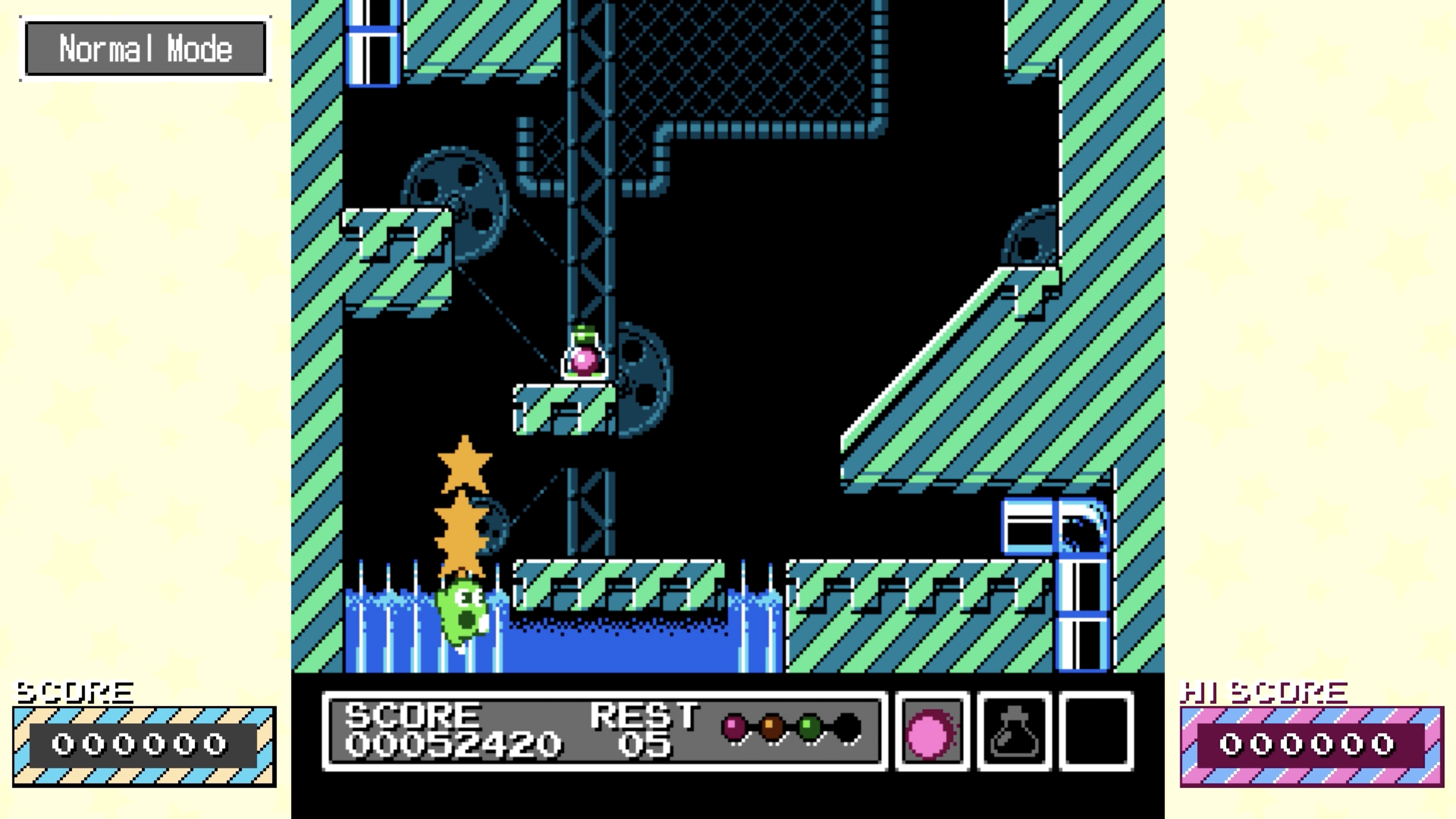 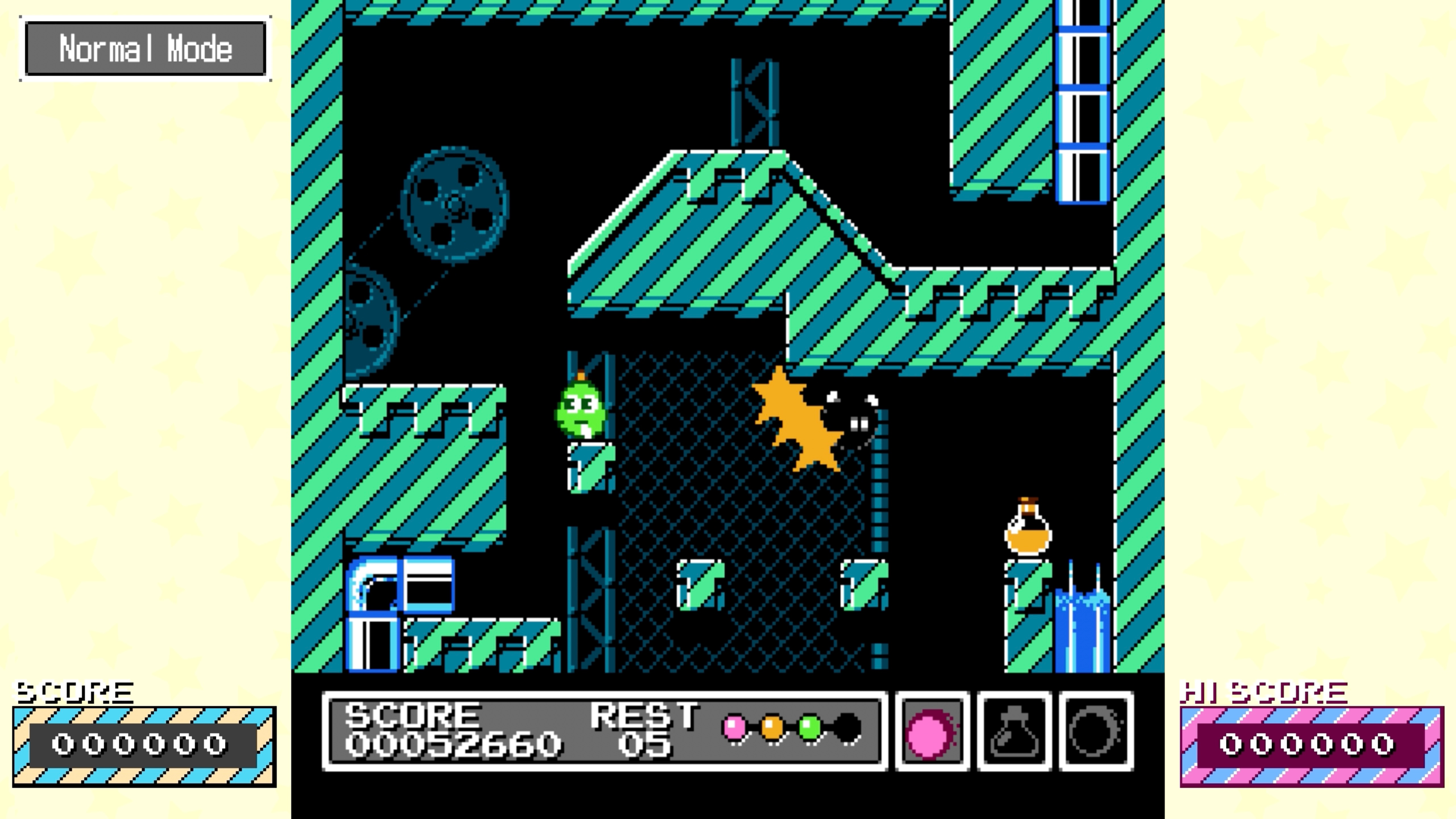 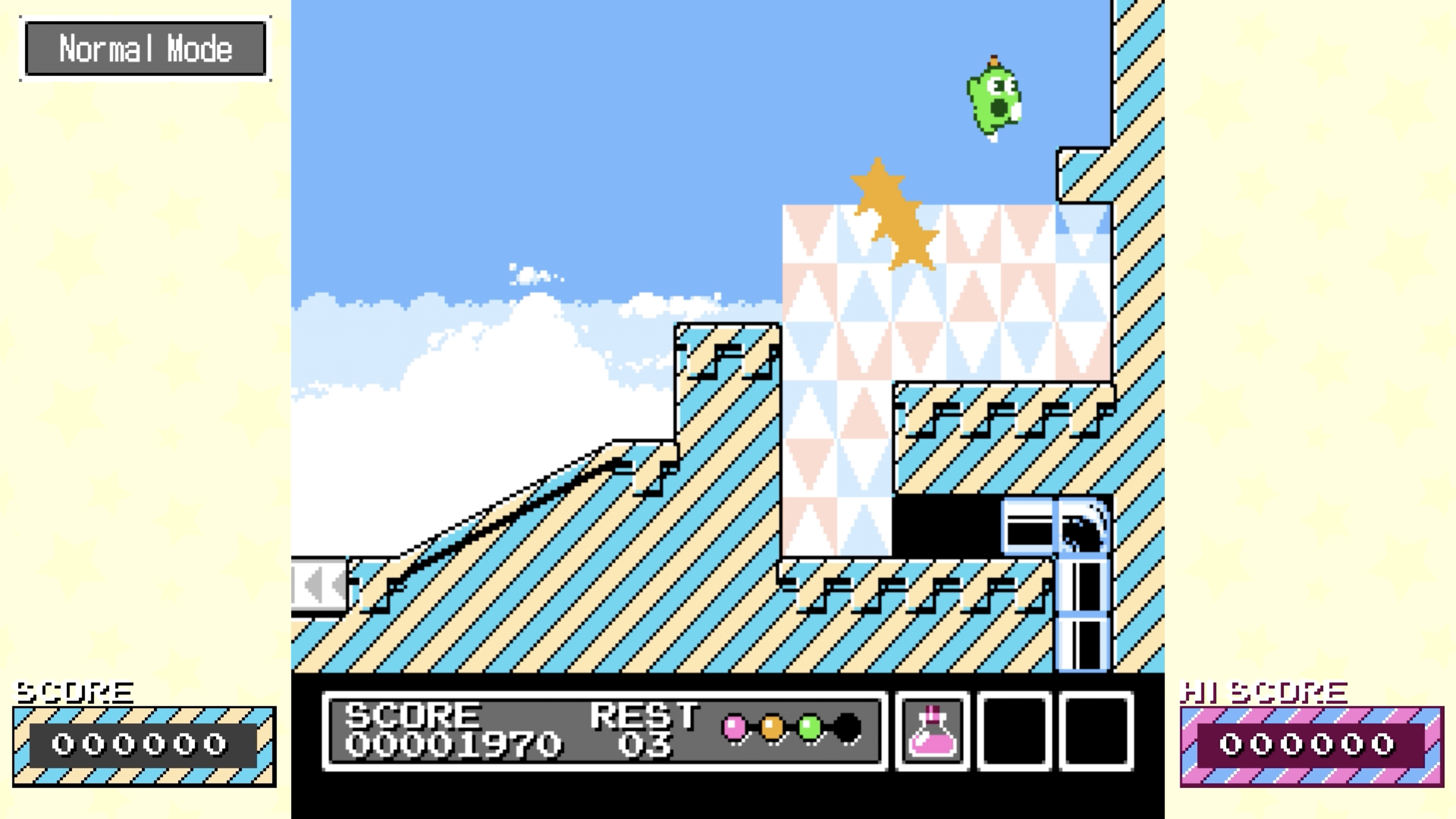 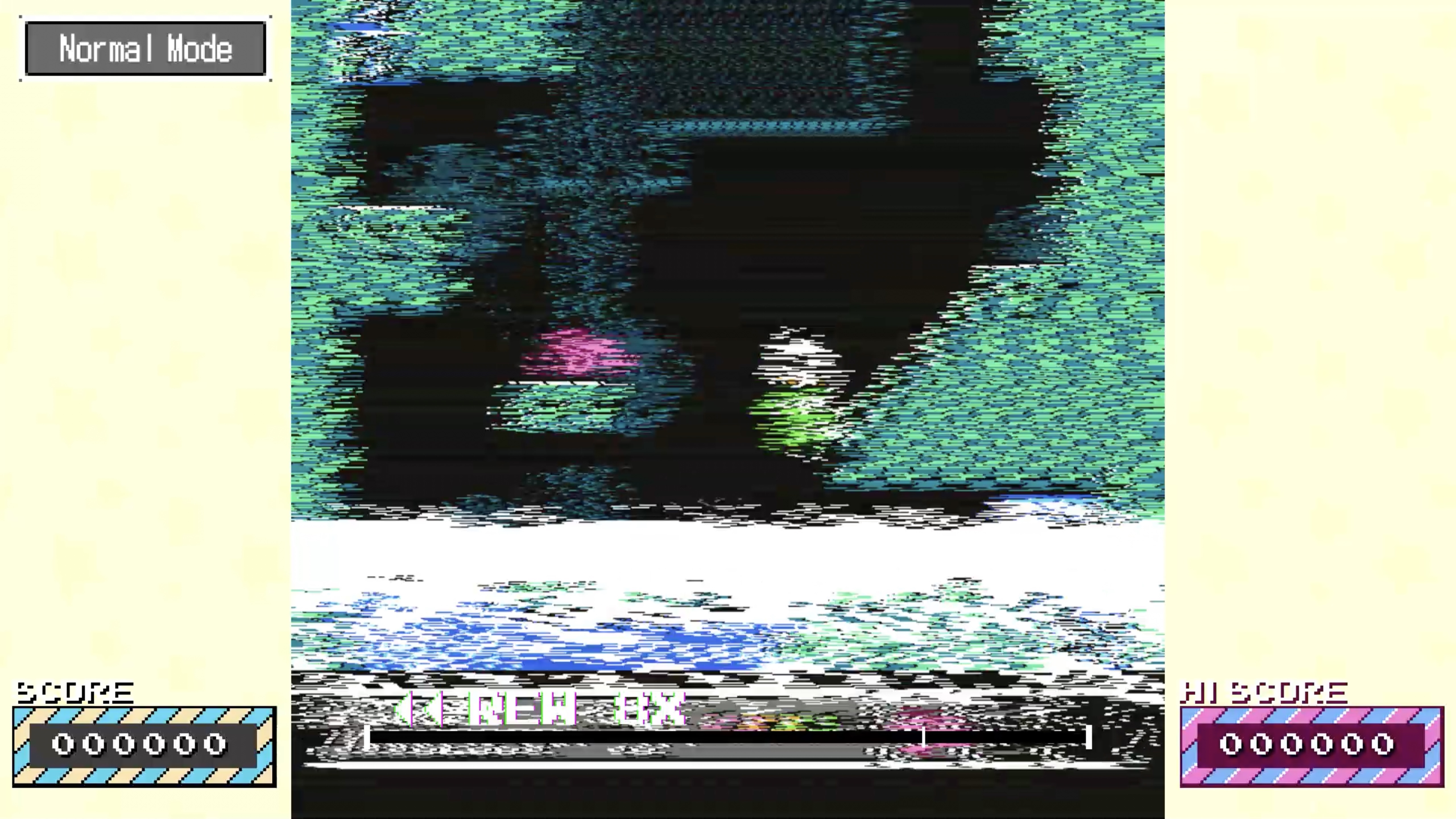 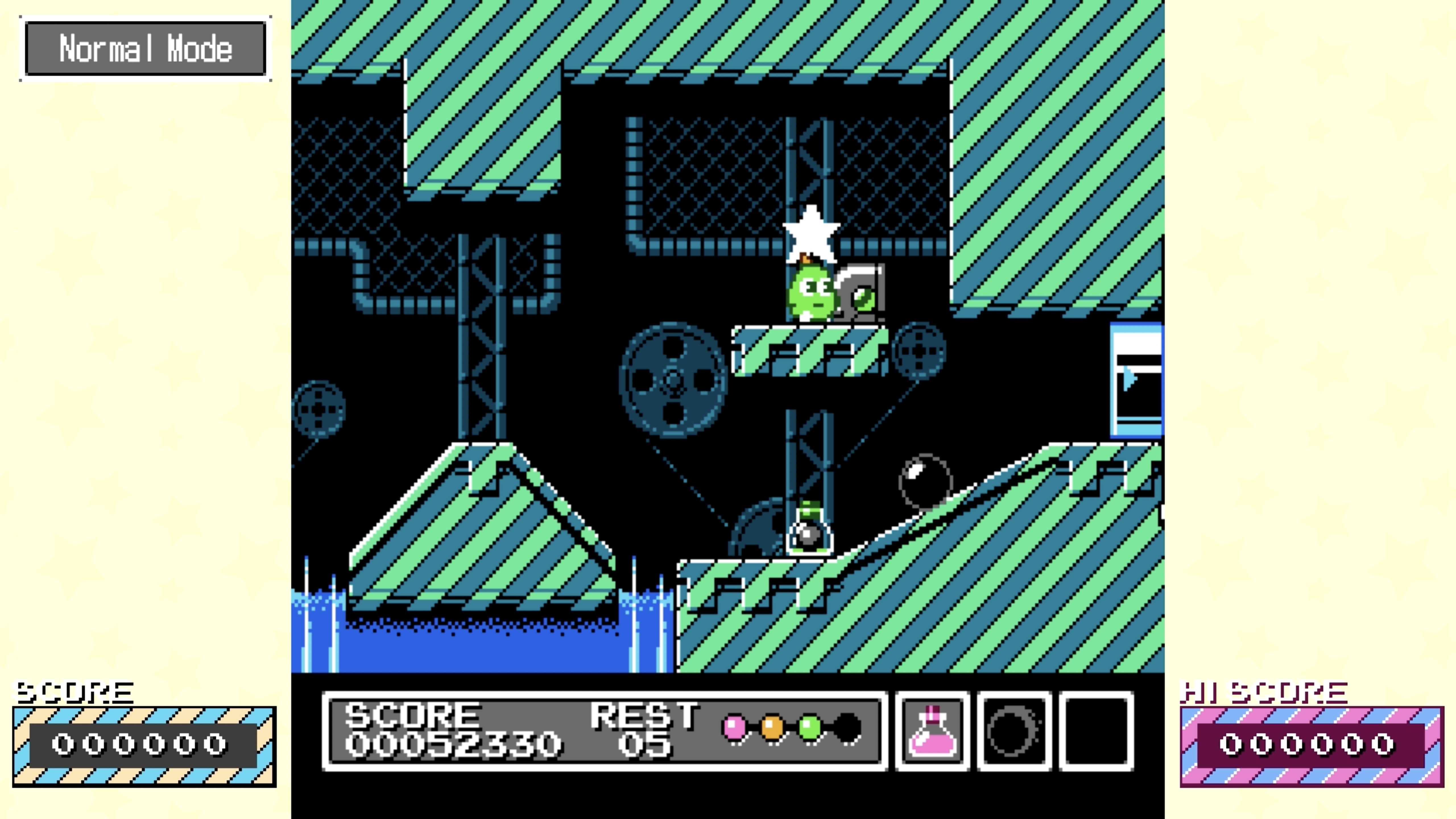 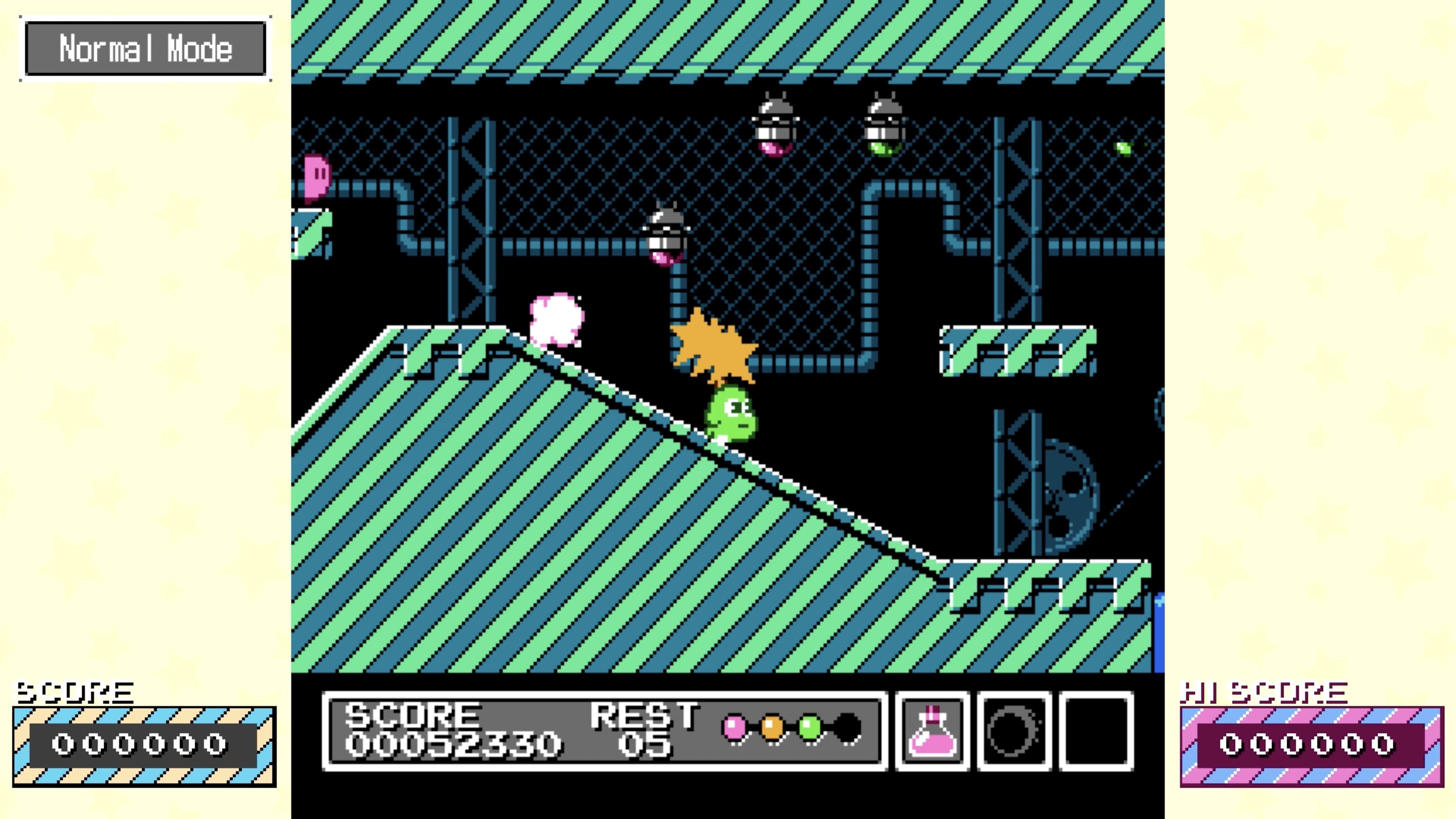 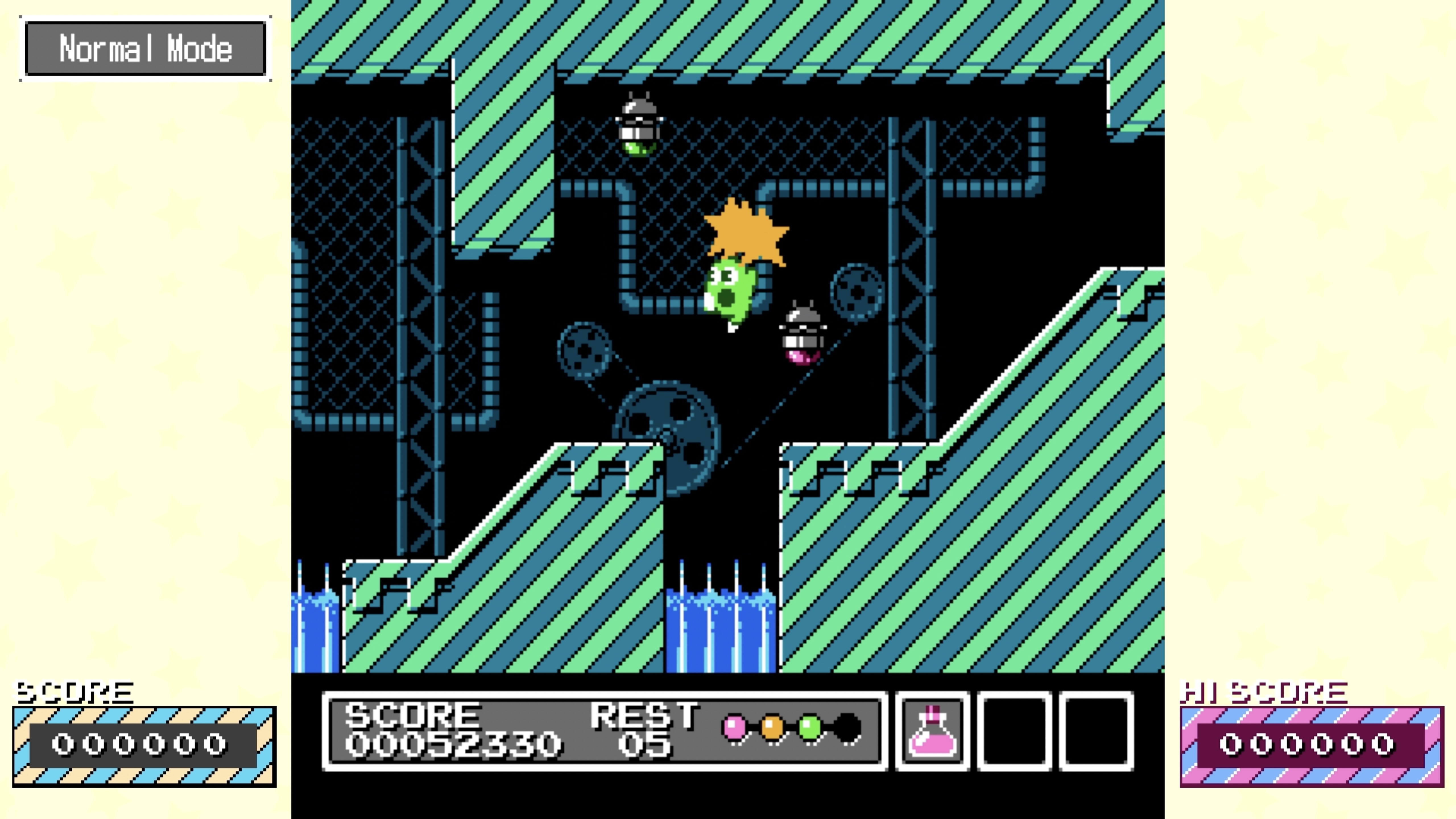 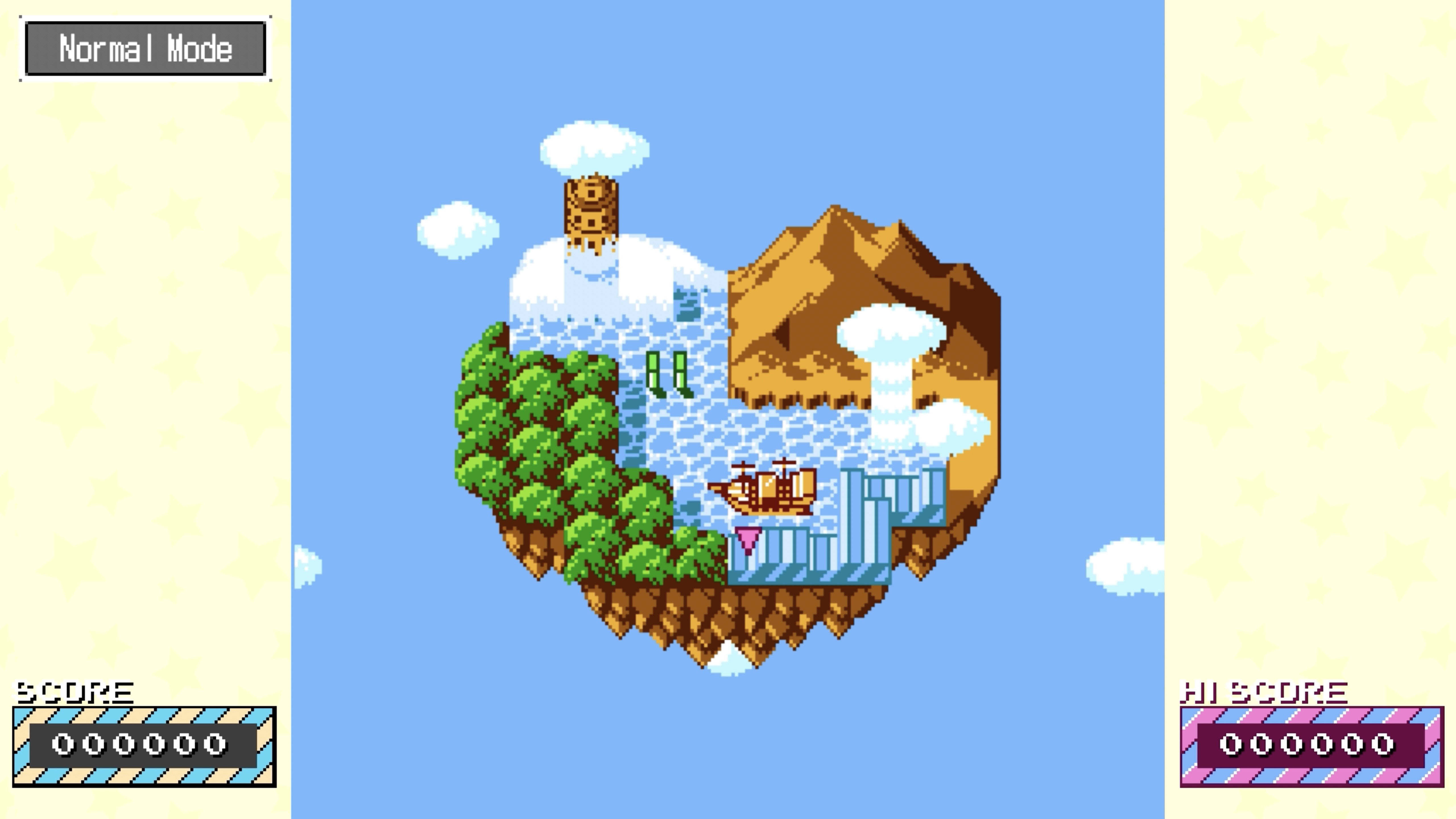 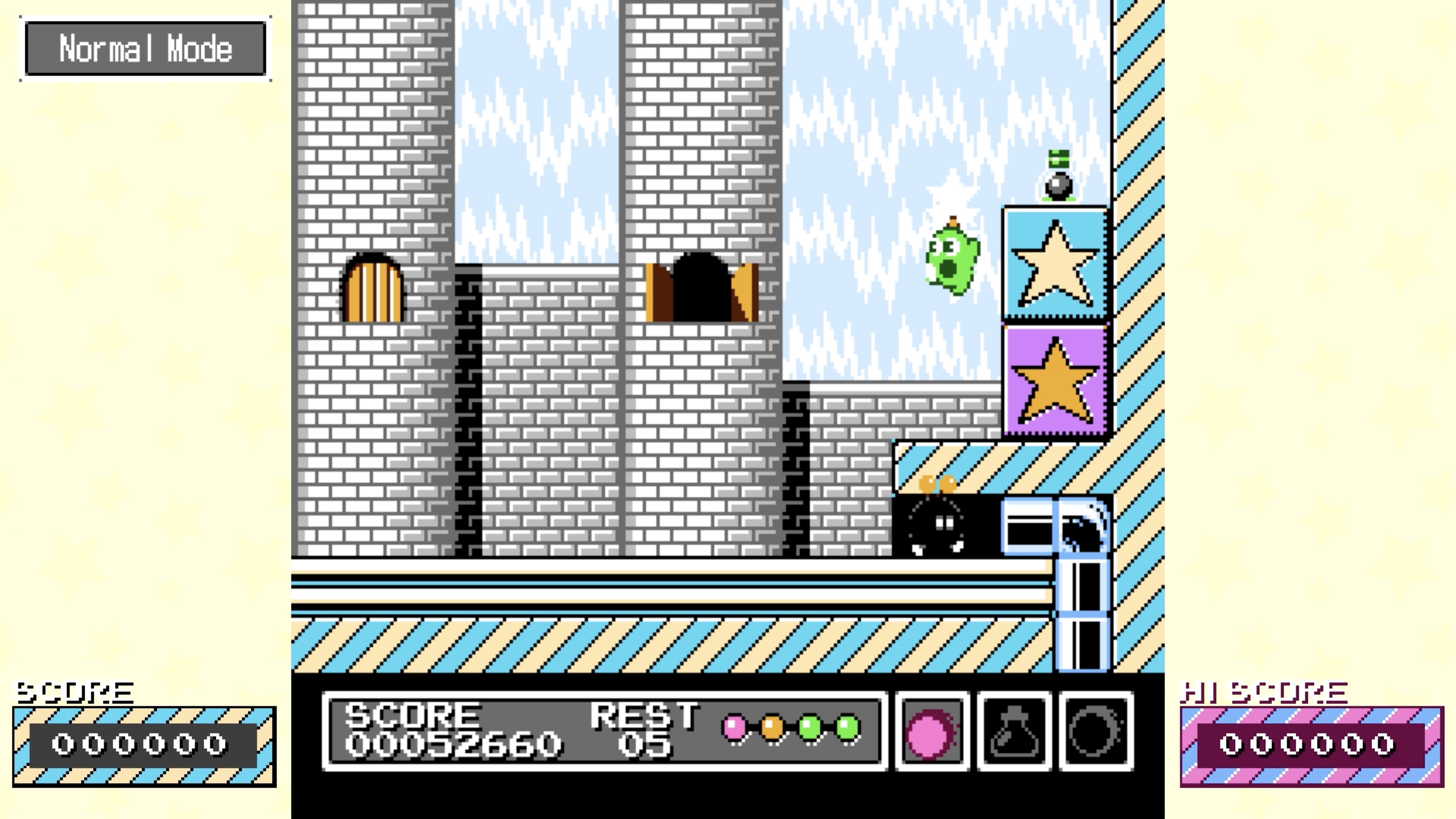 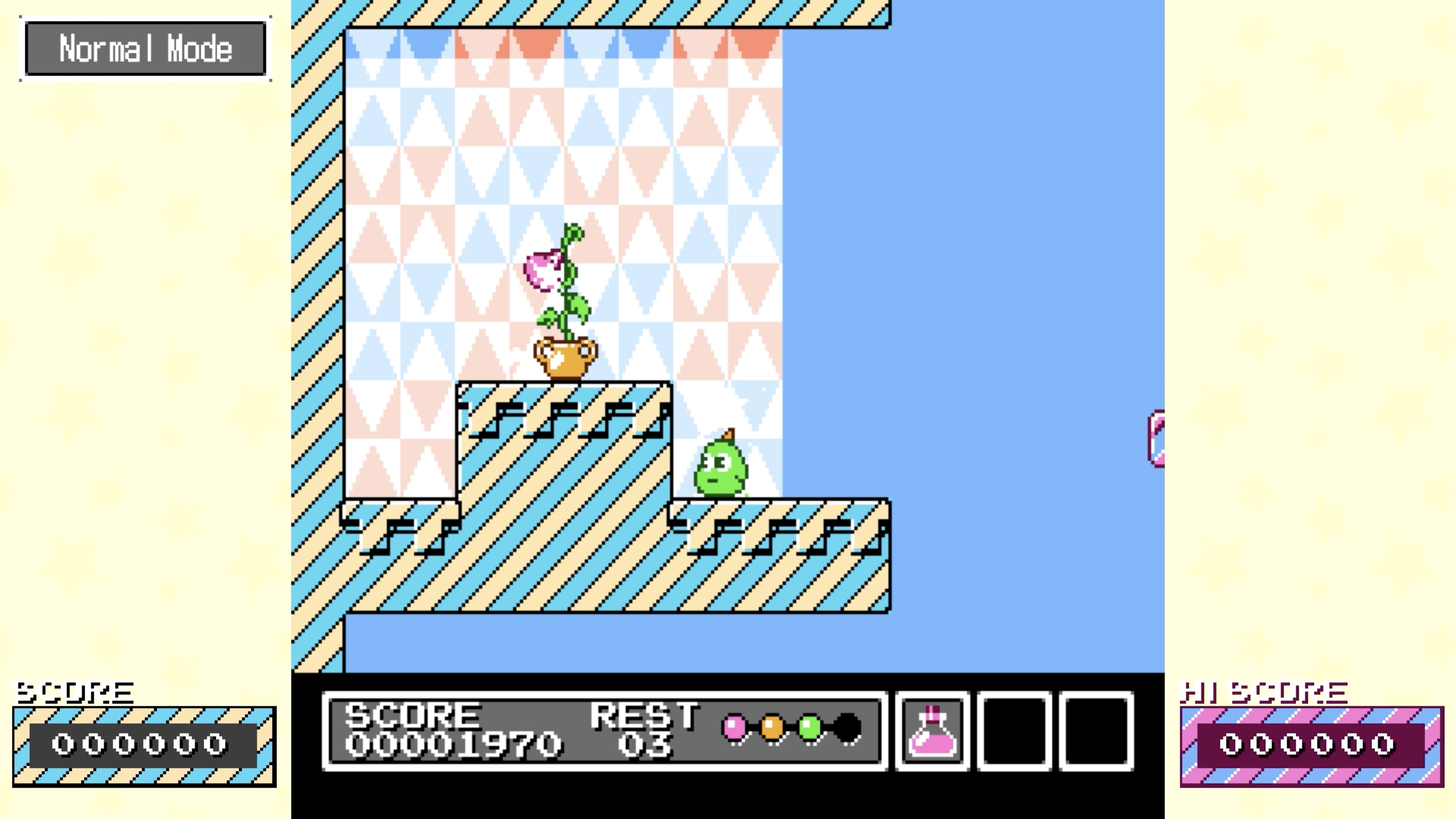 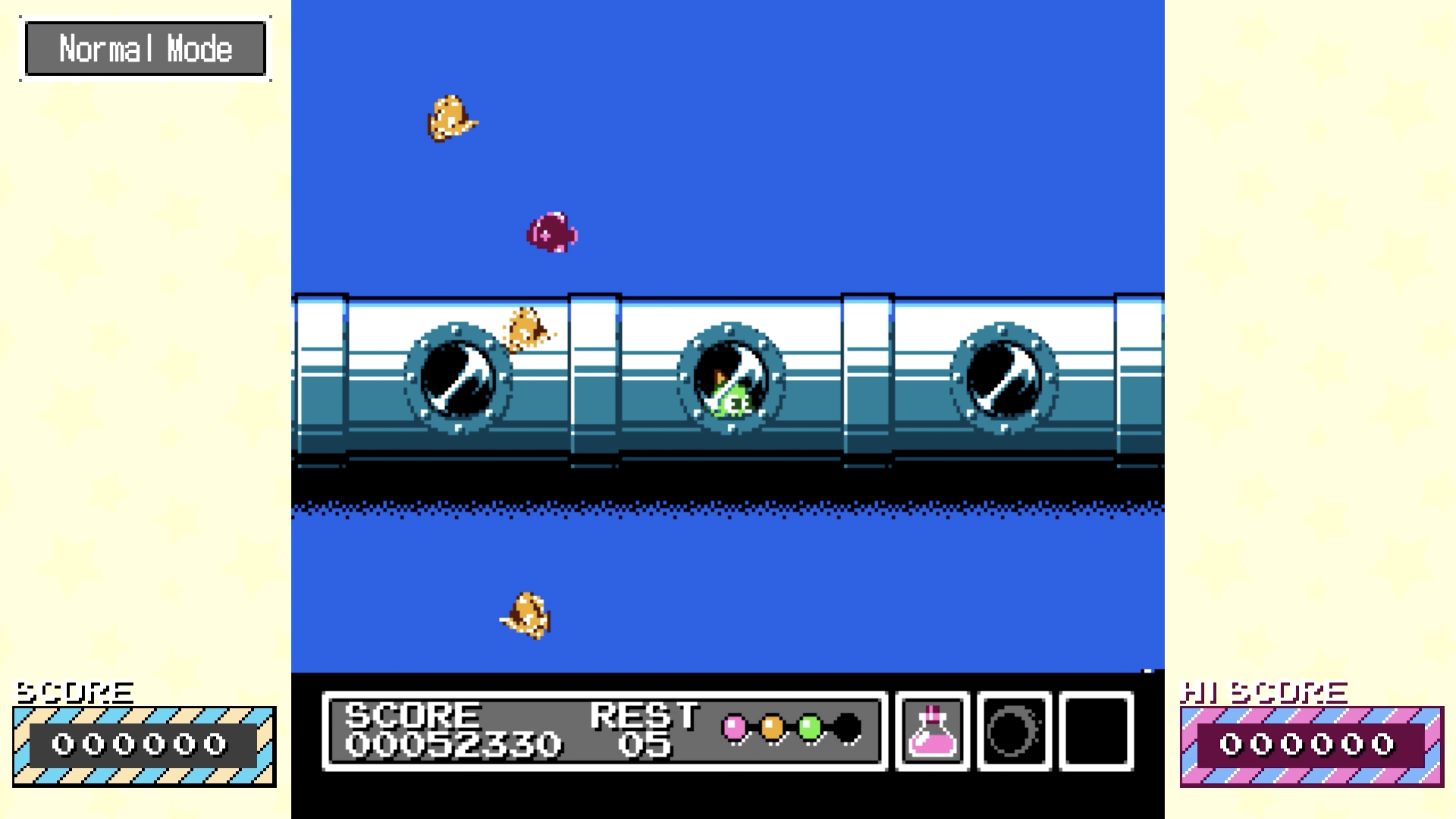 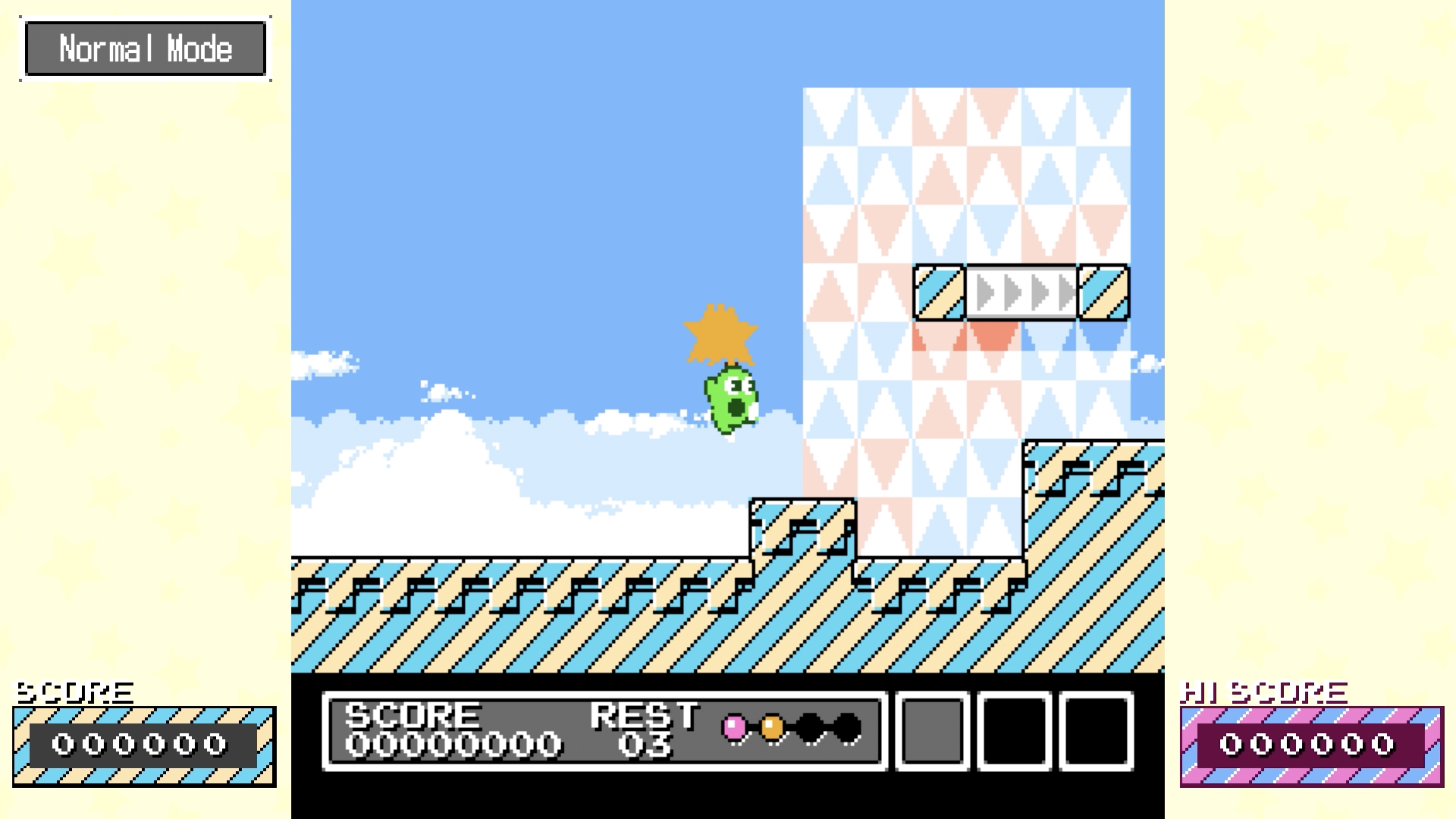 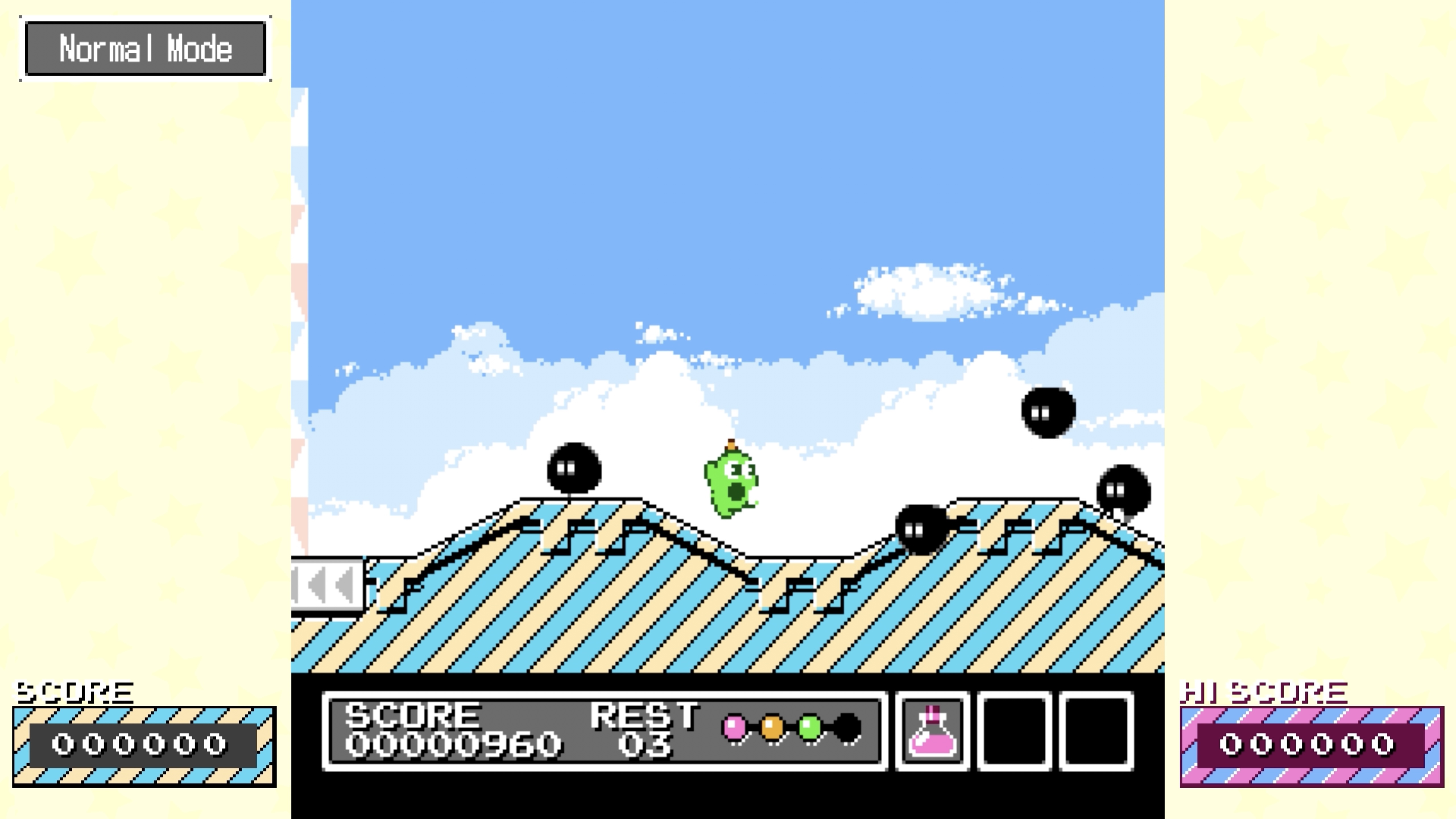 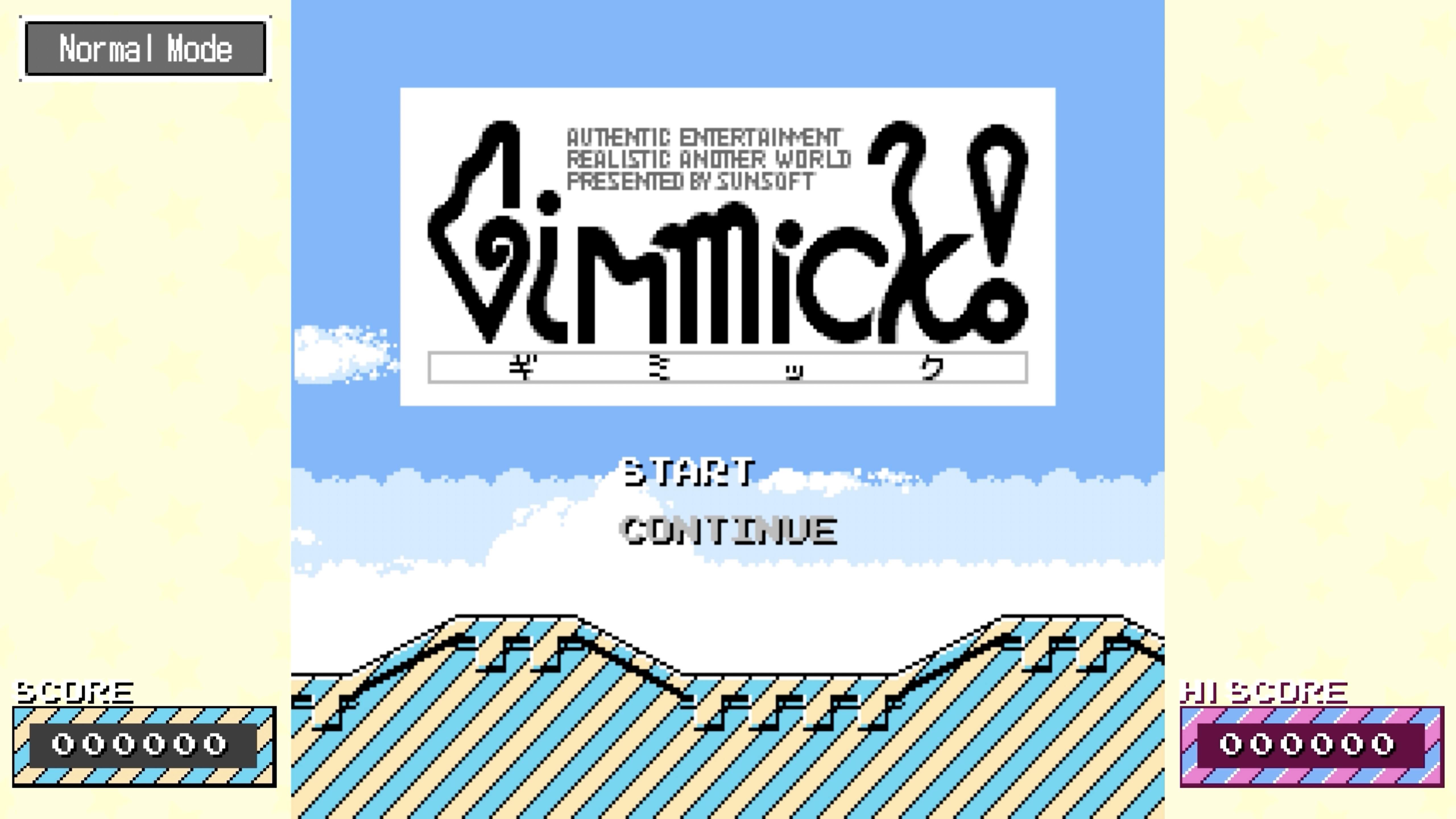 Explore the magical land of Gimmick! As the cuddly youkai Yumetaro, you must use your star-summoning powers to tackle complex challenges with finesse and creativity. Your extraordinary star will help you reach hidden areas, carry you over cliffs, befriend enemies and pull off trick shots that even the toughest baddies won't see coming!

Gimmick! was initially released on Famicom/NES in the early '90s in Japan and Scandinavia and was praised for pushing the console to its limits. The Japanese cartridge carried a gimmick in the form of the SunSoft 5B sound chip that enabled Masahi Kageyama to compose an unforgettable soundtrack. Gimmick! remains one of the most valuable (and rarest) NES cartridges ever made. In Scandinavia, the game was released as "Mr. Gimmick".

What others say.
* The review score is remapped to a 0-10 scale.